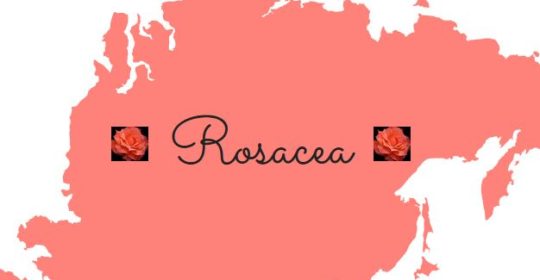 For many people, the changing of seasons is an exciting time, and we’re lucky here in the Piedmont Triad to live in an area where we get to experience all four seasons. After the cold temperatures of winter, it’s fun to look forward to the warmer days of summer and the outdoor activities that season brings. But then we’re just as glad to see the heat and humidity go and welcome the cool, crisp days of fall. Unfortunately for many people who suffer from rosacea, rather than bringing excitement, the changing seasons brings on feelings of dread. Sun, heat, dry air, or wind are all things that can be seasonal triggers for people with rosacea.

What is Rosacea?
Rosacea is a common skin disease, affecting about 16 million people in the United States, according to the National Rosacea Society. Rosacea is evidenced by a redness of the skin and visible blood vessels around the nose and cheeks, and can spread to the face and chin. Rosacea is most commonly seen in fair-skinned people ages 30-50, and affects women more than men.

What Causes Rosacea?
While it is not exactly clear what causes rosacea, it does seem to run in families. It is also thought to be caused by an overactive immune system, or a mite that lives on the nose and cheeks.

Whatever the root cause, doctors have found that people with rosacea can be sensitive to certain triggers that might cause symptoms to worsen. Some common triggers include:
Changing seasons and extreme temperatures
Hot Drinks
Alcohol
Spicy foods
Stress
Cosmetics

Treating Rosacea
Here at Davie Dermatology and The Med Spa, we understand the struggles of dealing with rosacea. Many of our clients exhibit symptoms of one of the four types of rosacea, which means we are always alert to new research and treatments in this area.

Managing symptoms of rosacea can include being aware of your own personal triggers, but there is more you can do. Some typical treatments include topical medicines, emollients and antibiotics. You can also explore the options of laser therapy or chemical peels. “One of the most popular and effective treatments I offer for rosacea patients is the Mandelic chemical peel,” said Jessica Shea, certified medical aesthetician, The Med Spa. Mandelic acid is known for its antibacterial properties, which can normalize acne-prone skin and reduce redness in rosacea prone skin.” In addition, Mandelic acid produces less discomfort than a traditional Glycolic peel, which makes it more appropriate for people with sensitive skin.

If the fall and winter months have you dreading cold, dry air and planning to stay indoors rather than risk a flare up, call us today for a consultation. We can help you get on the road to clear skin and a healthy love of the outdoors.